Watch: Pep Guardiola rages at fourth official over a lack of injury-time 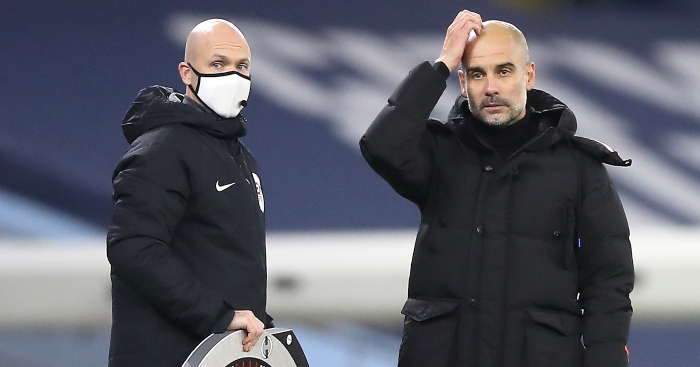 Manchester City were held to a 1-1 draw with West Brom on Tuesday – and it is fair to say Pep Guardiola was not happy with the officials.

City have endured a mixed start to the Premier League season and needed three points against the Baggies to close the gap on Tottenham and Liverpool.

The Blues took a deserved lead through Ilkay Gundogan but Ruben Dias’ own goal restored parity just before half-time.

Despite dominating the second half, City couldn’t find a way past Sam Johnstone and a frustrated Guardiola was raging after finding out that only four minutes of injury-time would be played.

He pleaded with Anthony Taylor and amusingly put his hand on the board but the fourth official didn’t change his mind.

“I said four minutes? There were six subs and Gabriel was down for three mins. I expected more,” Guardiola said after the game.