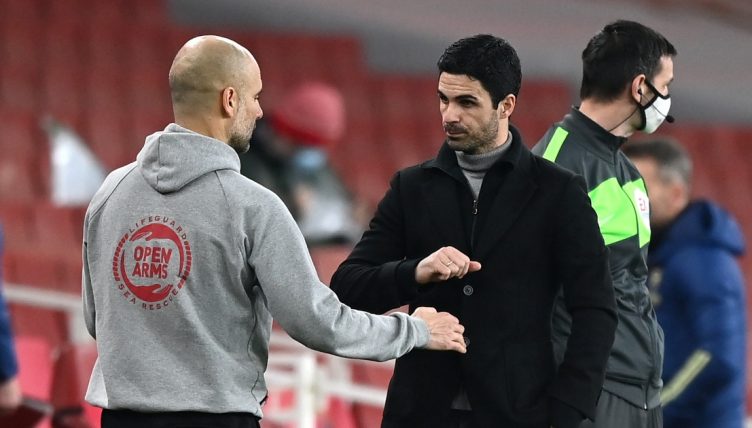 Pep Guardiola had another tactical battle with his old apprentice Mikel Arteta, and once again his Manchester City side came out on top against Arsenal, but there’s no lack of mutual respect.

Since Arteta left City to take over as Unai Emery’s successor in charge of the Gunners last season, the two coaches have faced off five times.

Guardiola’s City have beaten his former assistant’s side on four of those occasions, with the exception being last season’s FA Cup semi-final.

The latest was a narrow 1-0 at The Emirates to maintain City’s 10-point lead at the top of the table, extending City’s winning streak to 18 matches in all competitions.

Raheem Sterling scored the match-winning goal after just two minutes and City looked like extending that lead with a dominant display in the opening stages, but the game became cagier as it progressed.

In his post-match interview, Guardiola was full of praise for Arteta as a coach and the Arsenal team he’s building.