Watch: Pep Guardiola throws some funky shapes on the touchline 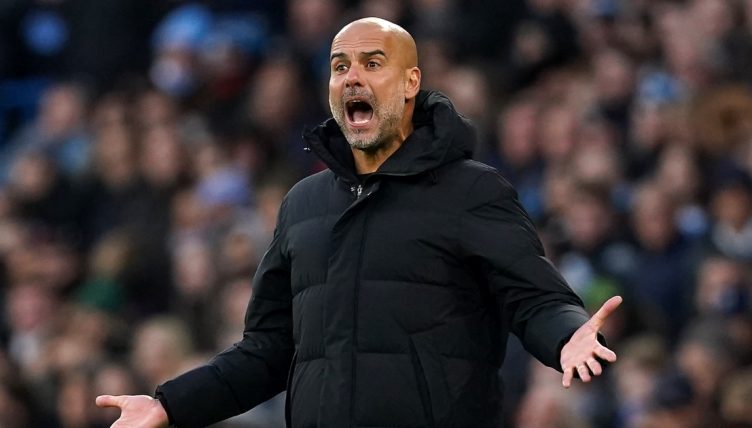 Pep Guardiola is no stranger to expressing himself through wild hand gestures and the Manchester City manager took that to another level during their Champions League match against PSG.

Guardiola, who has managed City since 2016, entered Wednesday’s match knowing that any result other than a defeat would guarantee their progression into the knockout rounds.

And the 50-year-old couldn’t help but throw his arms around after a near-miss for his side.

In the game’s first quarter, Neymar picked up a pass on the edge of the City penalty area and unleashed a scuffed effort that was ultimately no trouble for goalkeeper Ederson.

The offside flag went up but City’s defending left Guardiola rhythmically moving about on the touchline, almost as if he was in a world of his own.

Rumours that Guardiola has been honing his dancing skills in the city’s Warehouse Project remain, sadly, unconfirmed.

Where are they now? The 14 Barca kids given debuts by Pep Guardiola