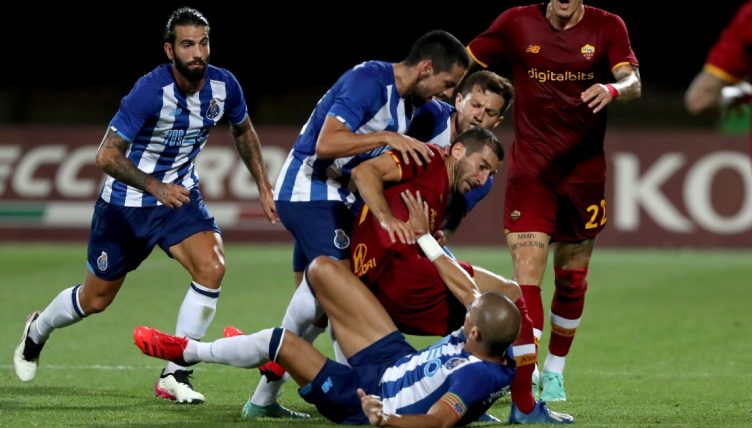 Pepe and Jose Mourinho are Portuguese compatriots and were former colleagues at Real Madrid, but respect for his old boss won’t stop the Porto defender from being a prime sh*thouse – even in a pre-season friendly.

Mourinho’s Roma were taking on Porto ahead of the upcoming 2021-22 season, but Pepe – at the age of 38 –  still does not know the meaning of a low octane, low stakes occasion.

Living up to his reputation for the dark arts and leaving one in, the centre-back flew into a challenge on Henrikh Mkhitaryan, who has reunited with his former Manchester United manager in the Italian capital.

Mkhitaryan struggled to produce his best form under Mourinho at Old Trafford, but he’s been a solid and important performer at Roma and will surely be a big part of the coach’s plans going forward – so he won’t have been pleased to see the Armenia international on the receiving end of a clattering challenge from Pepe.

No one was injured, but it’s easy to see why Mkhitaryan was upset by the way Pepe came across him, and even appear to kick out as he got back to his feet. The coming together sparked something we don’t see often enough in friendlies: a proper melee involving both sets of players.