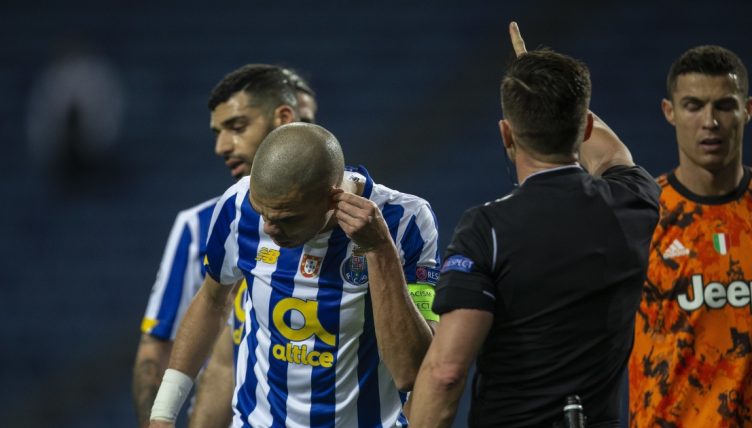 We were treated to a Pepe masterclass during Porto’s 2-1 win over Juventus, as he sparked a confrontation with Merih Demiral over minimal contact.

The Portugal defender has won a multitude of trophies over his career but is equally known for his impressive commitment to shithousery.

Both sides of his personality were on show during Porto’s surprise Champions League win.

Pepe kept compatriot Cristiano Ronaldo quiet but reacted widely to a minor challenge during the second half.

After leaping with Wojciech Szczesny and Demiral, Pepe felt he was caught in the eye by the Turkey international and wasted no time in squaring up to his opponent.

The Porto captain then pointed at his eye in an attempt to draw the referee’s attention to the challenge. Never change, fella.