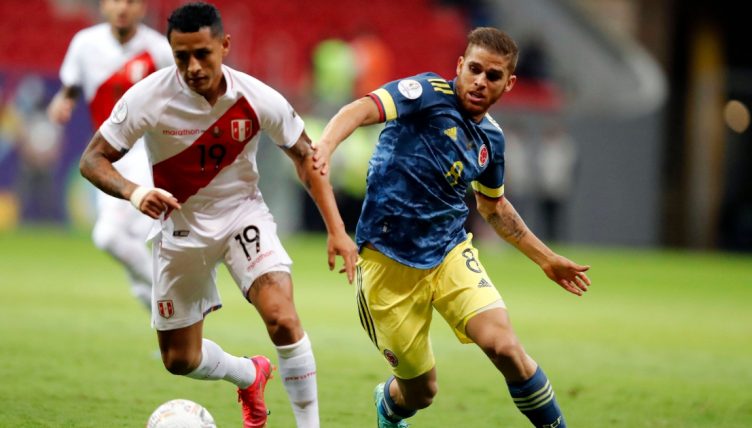 Colombia and Peru met in the third-place playoff of the 2021 Copa America on Friday night and the entertaining affair included an excellent opening goal from Ricardo Gareca’s side.

The sides were beaten by Argentina and Brazil in their respective semi-finals and, more often than not, third-place playoffs are rather drab affairs with both sets of players eager to just go home.

But both performed admirably and a late Luis Diaz goal secured a 3-2 win and the bronze medals for Colombia.

It was Peru that got the scoring underway, however. Yoshimar Yotun timed his run perfectly to latch onto the end of Christian Cueva’s pass and slot past Camilo Vargas.

Sergio Pena started the flowing move in his own half, brilliantly escaping the attentions of an opponent before firing a glorious pass across to Cueva.

It may not have been their night, but they come away with one impressive souvenir at least.