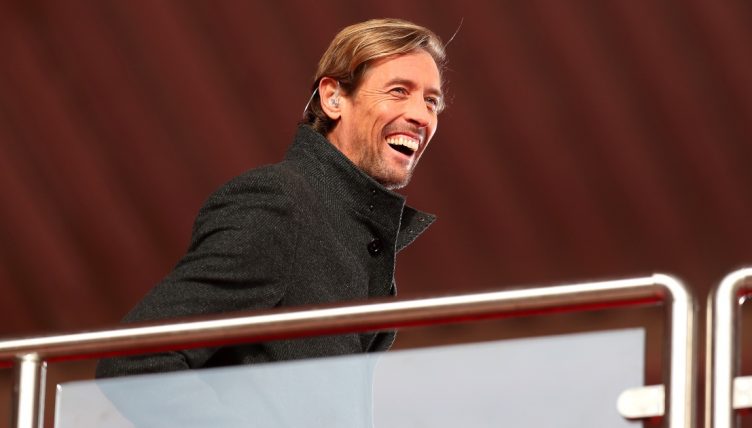 You’d think that scoring in both legs of a Champions League quarter-final would be a memorable moment in your life, but that’s clearly not the case for former Liverpool striker Peter Crouch.

Crouch, who told us that his time at Liverpool was the best spell of his career but also contained one of his biggest regrets, has become one of English football’s most universally loved characters and refuses to take himself too seriously.

And this was demonstrated brilliantly during the post-match discussion of Manchester City’s win over Borussia Dortmund on BT Sport on Wednesday.

Host Jake Humphrey posed the question: “Right: quiz time. Phil Foden is the fifth English player to score in both legs of a Champions League quarter-final. Can anyone name any of the other four?”

Crouch, along with fellow pundits Owen Hargreaves and Joleon Lescott, were left stumped – even after Humphrey gave them four of the answers.

“Wayne Rooney, Frank Lampard, Raheem Sterling…” Humphrey revealed, leaving the other three to guess the final answer. Crouch failed to get the hint even after the host looked directly at him.

Upon being told the answer, the former striker burst out laughing and said: “Oh… I was a good player, you know!”

Crouch scored in both legs as Liverpool beat PSV Eindhoven 4-0 on aggregate back in 2006-07.