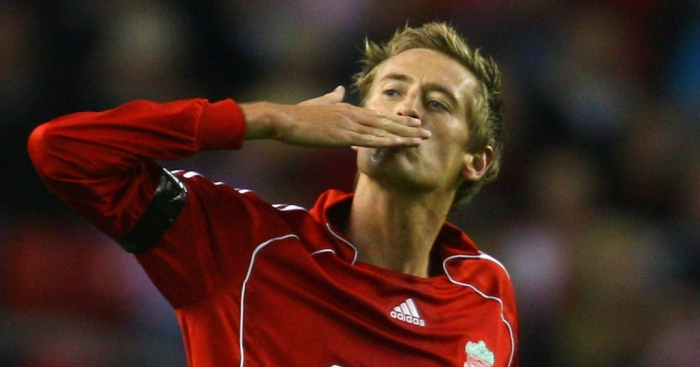 Peter Crouch has revealed he nearly killed Dirk Kuyt in the build-up to Liverpool‘s Champions League final clash with AC Milan in 2007.

In an entertaining interview with FourFourTwo, Crouch discussed a range of topics including his experiences of the chain-smoking Robert Prosineck.

But one of the best moments comes when the former England striker – who we really, really love – reveals the Liverpool squad went go-karting in the week prior to their repeat of the 2005 final with Milan in Athens.

“Went out, obviously going around the track and I’ve come in, I’ve flew into the pit obviously where we stop,” he said.

“I thought right I’ll just brake now. No brakes whatsoever… so I’ve seen Alonso and I’ve seen Kuyt and I thought who’s more valuable? So I’ve swerved into Kuyt and fair play to him he literally jumped with his legs like that and I’ve gone straight through him.

“…God’s honest truth it was quite dangerous.”

Yeah, it does sound quite dangerous, to be fair.