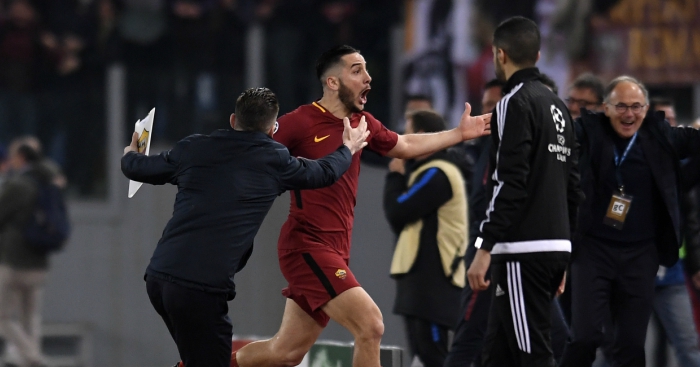 Peter Drury has been famed for his iconic commentary, and he was at it again on Tuesday night as Roma pulled off a stunning comeback to defeat Barcelona in the Champions League.

Eusebio Di Francesco’s side were defeated by four goals to one at the Nou Camp but came back in dramatic fashion in the second leg to make it into the semi-finals.

Edin Dzeko opened the scoring in the first half, before Daniele De Rossi hit a penalty just before the hour mark to make a dream a real possibility.

And in the last 10 minutes, Kostas Manolas headed in from a Cengiz Under corner to send the Stadio Olympico – and BT commentator Drury – wild.

“Roma have risen from their ruins,” he exclaimed over the deafening crowd noise.

Watch the clip in full below.

"The unthinkable unfolds before our eyes!" 😳

Commentary that will make your hairs stand on end, on a night when more Roman history was made 🇮🇹

Only sport can make you feel like this… pic.twitter.com/UG0KV2CIdA