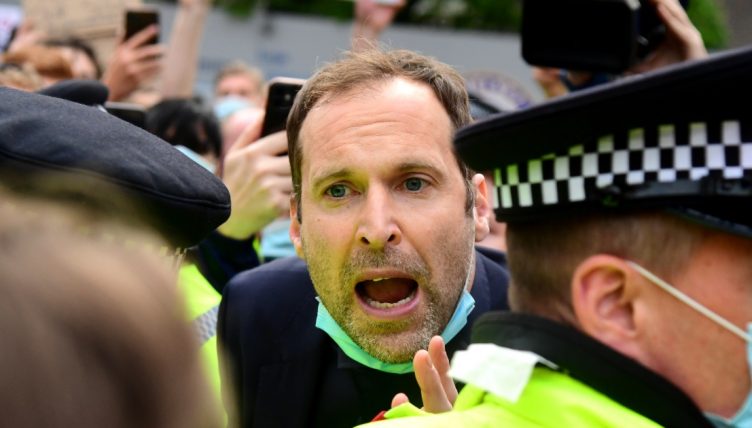 Chelsea legend Petr Cech has been outside Stamford Bridge this evening in an attempt to calm supporters protesting the club’s decision to join the new Super League.

Cech, who made close to 500 appearances for Chelsea between 2004 and 2015, currently works as a technical and performance advisor.

He could be heard shouting “I know! Give everybody time!” amid the hustle and bustle of angry supporters.

Hundreds of the club’s supporters were outside the ground this evening ahead of Chelsea’s Premier League clash with Brighton, and even blocked the coach.

A little later in the evening, reports emerged suggesting that Chelsea will be the first club to withdraw from the plans for the new breakaway competition.

Petr Cech has come outside Stamford Bridge to speak to the many angry fans "I know! Give everybody time!" [@willreyner] pic.twitter.com/W4wUj582yn