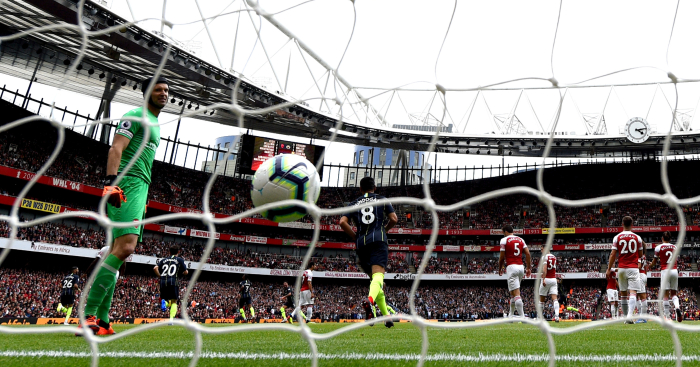 Arsenal goalkeeper Petr Cech was almost left red faced as he came close to scoring a comical own goal against Manchester City.

It was the first competitive game for new boss Unai Emery, who opted to go with Cech in goal rather than handing a debut to new signing Bernd Leno.

But it was defending champions City, who beat Chelsea last weekend to lift the Community Shield, who drew first blood.

Raheem Sterling struck a sweet effort into the bottom corner from 20 yards out to score his 50th Premier League goal after he cut inside from the left.

Benjamin Mendy was again the provider in the second period, as City put together a fine breakaway, the full-back cutting back for Bernardo Silva to thump the ball into the top corner.

But it was in the first half that Cech almost had his head in his hands, with City pressing he attempted to play a pass along the by-line, only for the ball to slip just past the post and out for a goal kick.