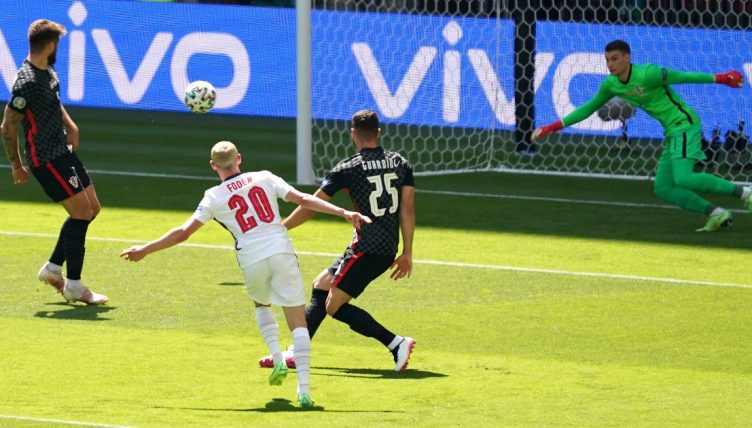 Manchester City‘s Phil Foden nearly got England off to a dream start in their Euro 2020 opener against Croatia at Wembley.

The 21-year-old has been compared to a young Paul Gascoigne, especially after copying Gascoigne’s famous Euro 96 bleached blonde look.

“I remember watching highlights on the TV of Gazza – unbelievable player,” Foden said recently. “The nation knows what he means for the country and what he did. I wouldn’t be too bad if I try to bring a bit of Gazza on the pitch.”

He was named in the starting line-up against Croatia and nearly broke the deadlock inside the first six minutes.

After being picked out by City team-mate Raheem Sterling, Foden cut inside and then saw his effort bounce back off the post.

Phil Foden – SO close to the opener!