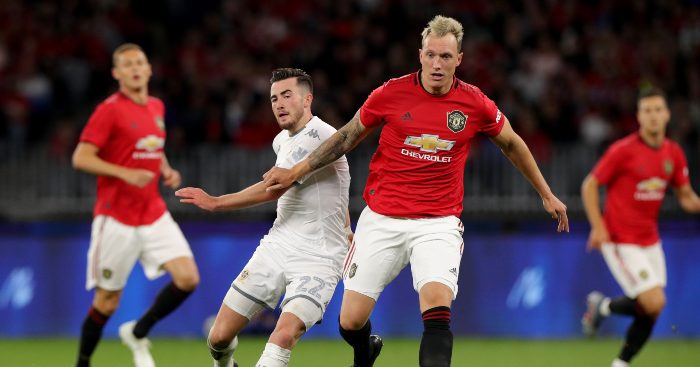 We are delighted to announce Phil Jones attempted an overhead kick in Manchester United‘s pre-season win over Kristiansund…and it went exactly as well as you imagined.

United continued their 100% record in pre-season as Juan Mata’s stoppage-time penalty secured a 1-0 victory over the Norwegian outfit in Oslo, with Ole Gunnar Solskjaer’s 19-year-old son, Noah, coming off the bench to make his Kristiansund debut.

But the moment we most enjoyed came just 10 minutes in, as Jones ambitiously attempted to score with an overhead kick.

In typical Phil Jones fashion, it didn’t exactly go to plan, but we can’t help but admire the fact he honestly thought this was a good idea.

Good on ya, Phil.