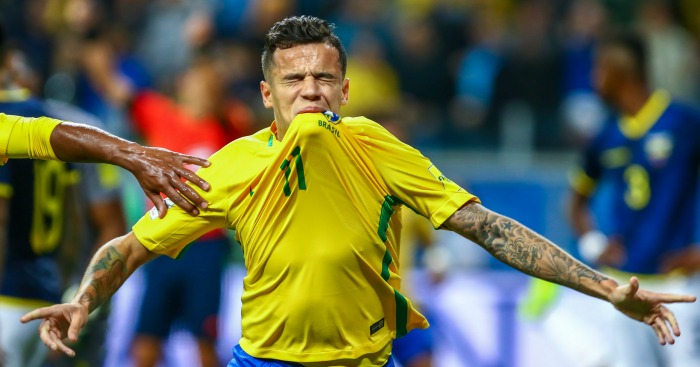 They may be rivals in the Premier League for Liverpool and Manchester City, but Philippe Coutinho and Gabriel Jesus linked up brilliantly to score a superb goal in Brazil’s 2-0 win over Ecuador on Thursday night.

Coutinho is yet to play for Liverpool this season with his future at the club in doubt amid interest from Barcelona.

The Spanish giants could still sign the 25-year-old on Friday, but reports in The Independent suggest Liverpool will dig their heels in to ensure he stays at Anfield.

But Coutinho did not let the speculation around his future affect his first competitive appearance of the season, coming off the bench to combine with City striker Jesus to score Brazil’s second goal of the night.