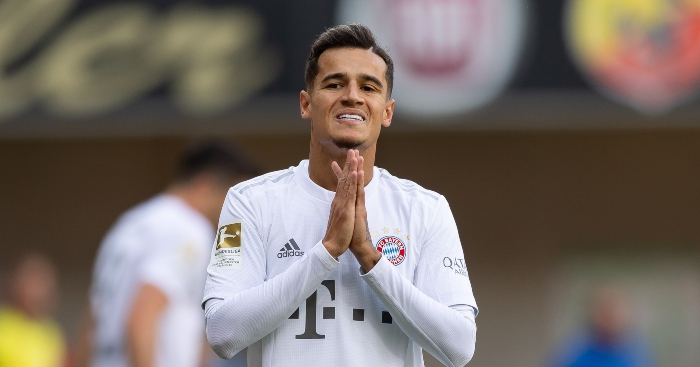 Former Liverpool midfielder Philippe Coutinho has reminded everyone of his talents with a goal and assist in Bayern Munich’s 3-2 win over Paderborn.

The 27-year-old, who is currently on loan from Barcelona, has struggled for form over the past 18 months and was unable to cement a starting role at the Camp Nou.

However, Coutinho has had a bright start to the 2019-20 season, and he helped give Bayern Munich the lead at the Benteler Arena.

The Brazilian picked up the ball on the left wing and cut onto his right foot before supplying a chipped through-ball to Serge Gnabry, who made no mistake in front of goal.

Gnabry then returned the favour in the 55th minute as he turned provider for Coutinho who doubled Bayern’s lead in the second half.

Lewandowski added a third in between two Paderborn goals and Bayern went back to the top of the Bundesliga.