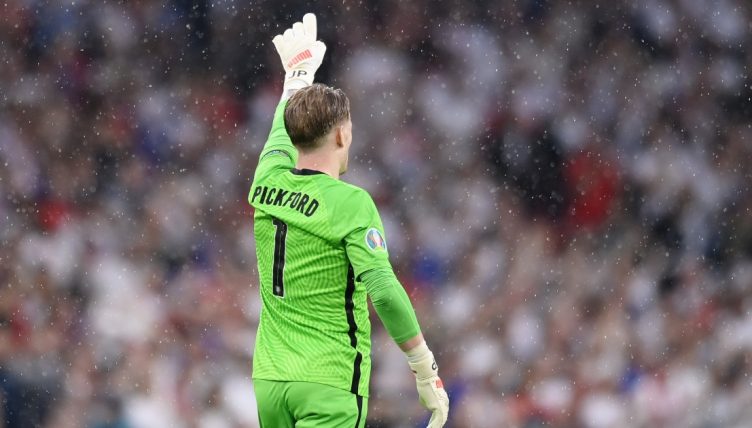 Jordan Pickford made a crucial save from Federico Chiesa as Italy turned the screw during the Euro 2020 final.

Pickford, despite many critics before the tournament, has had an impressive tournament – conceding only one goal before the match against Italy.

And the Everton goalkeeper was called into action during an increasingly tense second-half.

Chiesa, Italy’s most impressive attacker on the night, cut in from the left, dropped a shoulder a couple of times, and fizzed a low shot towards the bottom right corner.

But Pickford stood strong. The England shot-stopper got down quickly and stopped the shot with a strong right hand.

Both Chiesa’s shot and Pickford’s save were befitting of a major final.

What a save from Jordan Pickford. 🧤pic.twitter.com/QOlWU0W2hn

The star of Euro 2020 so far? Jordan Pickford and his Samson-like hair