Watch: Pickford pulls off world-class save to deny Henderson volley 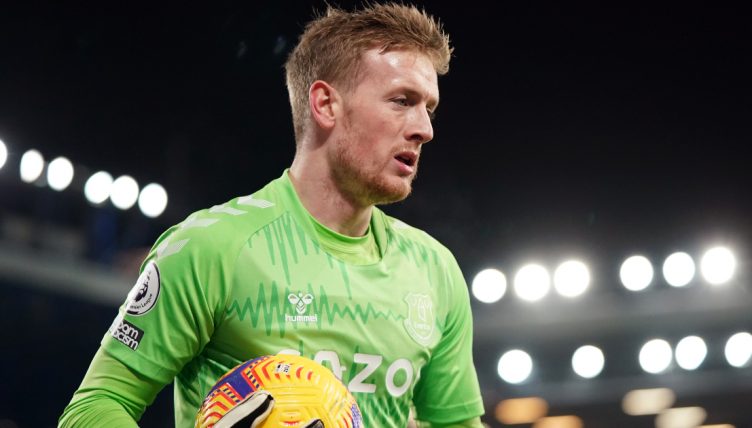 Everton arrived at Anfield on Saturday evening looking for their first away win against Liverpool since 1999 – and Jordan Pickford was certainly doing his bit.

After Richarlison had fired the visitors into an early lead with an emphatic finish, the Reds started to grow into the game, but England’s number one was equal to everything they threw at him.

His finest moment came after Trent Alexander-Arnold’s cross was only half-cleared by Ben Godfrey, with the looped header falling kindly for Jordan Henderson.

The Liverpool captain was eager to take it early, connecting perfectly with the falling ball, and his shot looked destined to nestle in the bottom corner.

But Pickford had predicted exactly where the ball would be heading, leaping across his goal, hyper-extending his limbs and tipping it round the post for a corner.

He has taken plenty of stick this season, but there is no denying this was a world-class save from the Everton man.

Gareth Southgate will have approved too.