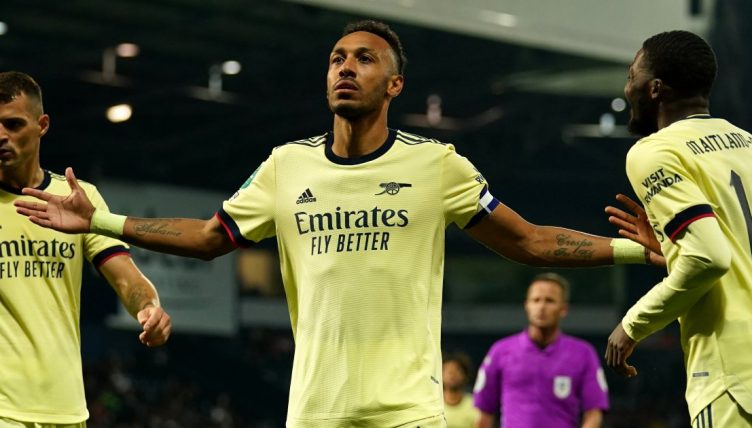 Arsenal didn’t look like a team in crisis as they played West Brom on Tuesday night in the Carabao Cup, putting six past the Baggies at the Hawthorns. And the fifth of those, from Pierre-Emerick Aubameyang, was a goal to remember.

Aubameyang had already managed two before the hour mark in the Midlands but did not rest on his laurels in the second period and went in search of the hat-trick.

In the 62nd minute, it came in spectacular fashion.

Nicolas Pepe intercepted a poor pass, played it in to Ainsley Maitland-Niles and the English midfielder surged forward before passing it out to Aubameyang on the left.

There were four bodies to aim for in the box, but the Gabonese triker was not interested in an assist.

He cut in onto his stronger right and, with minimal backlift, managed to arrow a shot into the far corner of the net.

Having lost their two opening games of the Premier League season, the 6-0 hammering of Valerien Ismael’s side will provide some welcome respite.