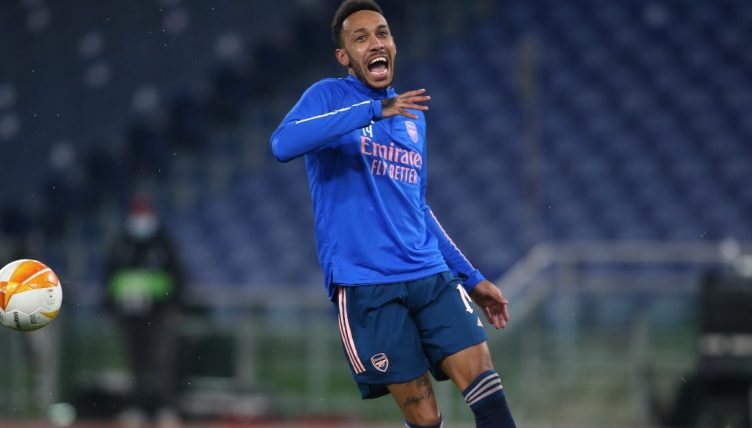 Pierre-Emerick Aubameyang had a moment to forget during the first half of Arsenal‘s Europa League knockout tie with Benfica.

Arsenal travelled to Rome for their away tie of their round of 32 clash – with the game played at the Stadio Olimpico rather than the Estadio da Luz due to travel restrictions – off the back of a 4-2 victory over Leeds United in which Aubameyang scored his first Premier League hat-trick.

The striker has failed to hit his usual heights this season, but the treble against Leeds prompted optimism that he has turned a corner in form as he took his tally into double figures in all competitions this season.

But such slick finishing deserted Aubameyang in the first half against Benfica, as he somehow put the ball wide from six yards out after the chance had been put on a plate by Hector Bellerin.