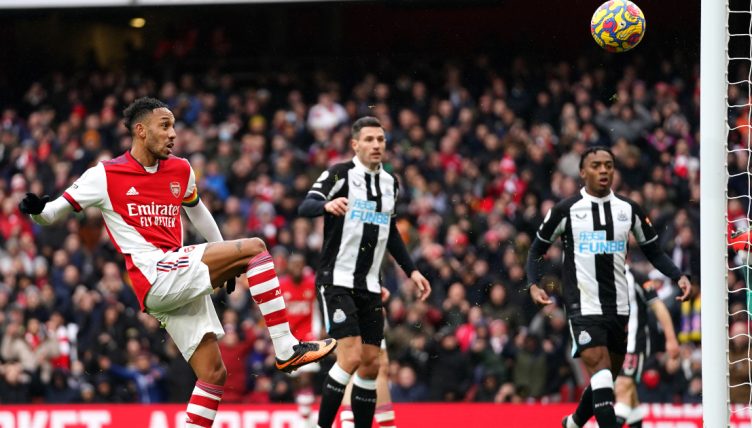 Pierre-Emerick Aubameyang hit the post when presented with a gilt-edged opportunity to put Arsenal in front against Newcastle in Saturday’s lunchtime Premier League game, missing when the chance looked easier to score.

Bukayo Saka produced some excellent dribbling to take the ball into the Newcastle box and managed to tee the ball up for Emile Smith-Rowe.

The new England international found himself isolated and in space, heading towards goal, and was only denied the opener by a wonderful Dubravka save.

But the Newcastle ‘keeper could only palm the ball into the path of Aubameyang, who had an open net to pass the ball into.

However he got his touch wrong, the ball coming off his toes instead of the inside of his boot, and the ball rattled against the post and diverted away from goal.

The Gabonese captain put his hands to his head, shocked at the fact he had missed.

He has scored four times in eleven Premier League games so far this season.