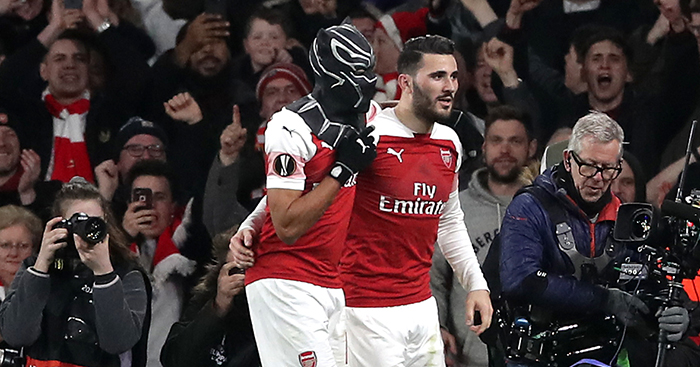 Pierre-Emerick Aubameyang scored his sixth brace of the season to help Arsenal overcome Rennes in the Europa League – and celebrated in unique style.

Trailing 3-1 from the first leg in France, Arsenal levelled the tie within 15 minutes through Aubameyang and Ainsley Maitland-Niles.

And the Gunners made sure they didn’t have to rely on away goals to progress to the quarter-finals when Aubameyang tapped in Sead Kolasinac’s brilliant low cross at the far post to make it 3-0 on the night at Emirates Stadium.

It was the sixth time this season the Gabon star has scored two or more goals in a game, more than any other Premier League player, and his celebration suggested his part in the turnaround did not exactly come as a surprise.