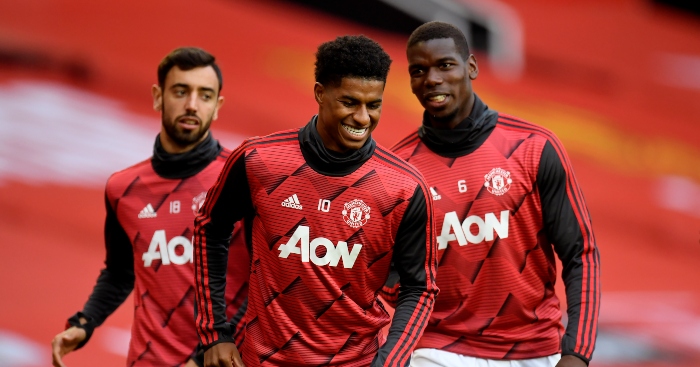 Despite enduring a difficult start to the season, Manchester United‘s Paul Pogba gave Marcus Rashford a glimpse of his incredible skills close-up.

After showcasing his amazing passing range during the international break, Pogba returned to United ahead of their Premier League game against Newcastle.

While Rashford is usually humiliating players with his incredible skills, he was on the receiving end during a recent training session at Carrington.

Daniel James and Bruno Fernandes were both watching from the sidelines and were clearly stunned by the filthy piece of skill.