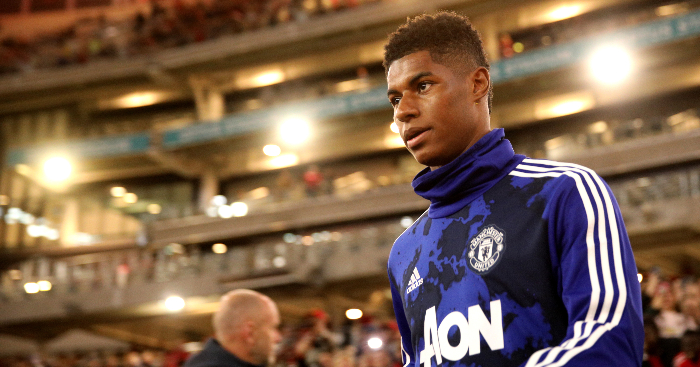 Paul Pogba reportedly wants out of Manchester United but you wouldn’t know it from the glimpses in pre-season.

The Frenchman, who was introduced at half-time as Ole Gullar Solskjaer fully rotated his team against Perth Glory, deftly flicked the ball into the Marcus Rashford’s path, and the local boy finished the chance well to put United 1-0 ahead.

Perhaps more impressive than the goal itself was the manner in which the move started, with Pogba and Rashford both pressing with intent to win the ball back in the final third. Could this be the new United style?

The Perth friendly also saw Aaron Wan-Bissaka make his debut for the club, while Daniel James drew plaudits for a lively first-half display.

Later in the second half, United fans got a good glimpse of Wan-Bissaka’s knack for a good tackle. Watch below: