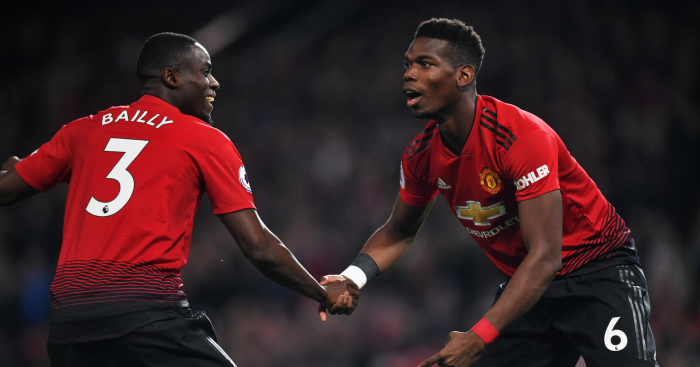 Paul Pogba incensed all the dads in Great Britain on Sunday afternoon as he celebrated his opener in Manchester United‘s clash with Bournemouth by dancing with Eric Bailly.

Pogba’s showmanship and colourful personality has often been criticised throughout his time at Old Trafford, especially during times when his form has been inconsistent.

But the midfielder appears to have been given a new lease of life since Ole Gunnar Solskjaer was appointed manager in place of Jose Mourinho, who had a difficult relationship with the France international.

After providing two assists in Solskjaer’s first match in charge against Cardiff, Pogba scored twice against Huddersfield and followed that up with a brace in the first half against Bournemouth.

And he celebrated his opener, converted after brilliant work from Marcus Rashford, by showing off his moves with Bailly.

Don’t show this to your dad. He’ll only get upset.

Pogba is such a weirdo 😂 pic.twitter.com/A7s3R8hg7W