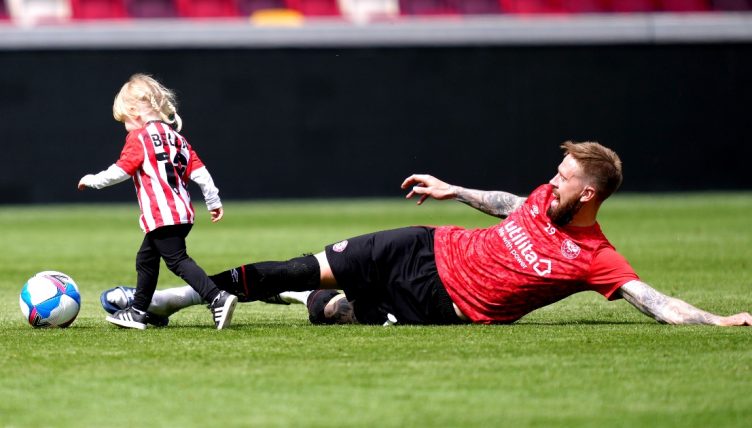 Brentford have booked their place in the Premier League, and club captain Pontus Jansson was evidently full of joy after the final whistle – with nothing but good words for his former club and mentor.

Jansson made an eyebrow-raising move from Leeds United to Championship rivals Brentford in the summer of 2019, leaving after a season under Marcelo Bielsa.

The Sweden international’s last act in a Leeds shirt was sitting stunned on the Elland Road turf after the club’s play-off semi-final defeat to Derby, and there was more end-of-season heartbreak for him last term.

Brentford narrowly avoided a top-two finish in the 2019-20 season and suffered an agonising defeat to West London rivals Fulham at Wembley. But Thomas Frank’s Bees made sure they went one better against Swansea this season, registering a deserved and relatively routine 2-0 victory in the play-off final.

Next season will be the club’s first in the top flight in 74 years.

“I love Brentford so much, but thanks also to Bielsa and Leeds,” Jansson said in his interview amid the celebrations.

“I’m so thankful to Bielsa and what he gave me at Leeds. He gave me so much knowledge, that I brought in here to Brentford, and Brentford were so willing to listen to me, with my ideas that I took from Bielsa. I thank him a lot, for me Bielsa is one of the best coaches in the world.”

🗣 "He gave me so much knowledge that I brought in here to Brentford."