Watch: Cristiano Ronaldo storms off pitch before full time as goal isn’t given 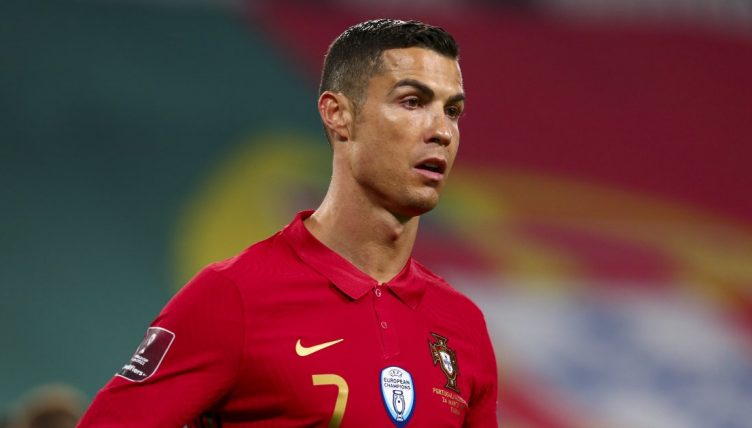 Portugal’s Cristiano Ronaldo stormed off the pitch in a furious strop after he was denied a last-minute winner against Serbia.

A brace from Liverpool’s Diogo Jota gave Portugal a commanding lead but Serbia fought back in their World Cup qualifier. Aleksandar Mitrovic pulled a goal back before Filip Kostic equalised on the hour mark.

Ronaldo thought he’d won it in the dying seconds of injury-time but the referee incorrectly judged the ball had not crossed the line.

The 36-year-old was booked for his protestations before he angrily threw his captain’s armband on the floor and walked off the field with just seconds remaining.

“Being captain of the Portugal team is one of the greatest pride and privileges of my life. I always give and will give everything for my country, that will never change,” Ronaldo wrote on Instagram after the game.

“But there are difficult times to deal with, especially when we feel that an entire nation is being harmed. Lift your head and face the next challenge now! Come on, Portugal!”

Cristiano Ronaldo walked off the pitch before the final whistle at the end of the Serbia-Portugal game, and threw his captain's armband in frustration. pic.twitter.com/I2i9uwkPhM

Watch: Cristiano Ronaldo last-min winner not given, no goal-line tech