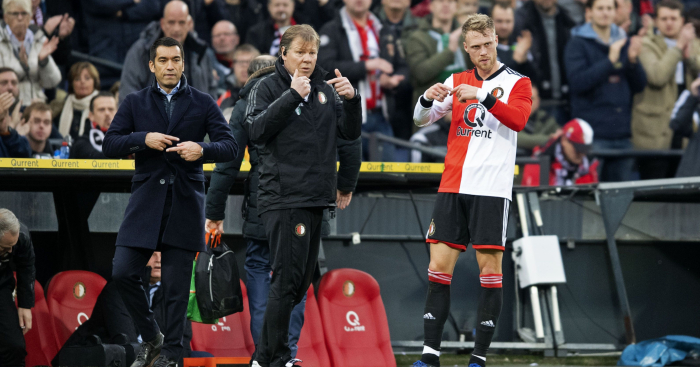 PSV’s 100% start to the season came to an end at Feyenoord this weekend – although they were left to rue some spectacular mischief from the home supporters.

Nicolai Jorgensen gave the hosts the lead in the first half before Sam Larsson added a second five minutes later.

Steven Bergwijn pulled one back in the second half, and PSV had chances to equalise, not least when put through on goal only for Feyenoord fans to stop play by throwing a second ball on the pitch.

🤬 – Feyenoord fans chucking a football on the pitch just as it looked like PSV were about to score is veeeeeeery funny, the absolute bastards. pic.twitter.com/ad176T1qoZ