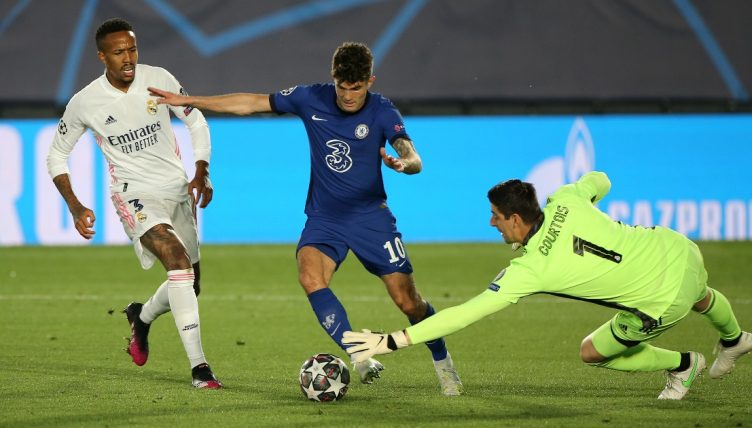 Chelsea made a perfect start to the first leg of their Champions League semi-final away to Real Madrid, racing out of the traps by creating a number of early goalscoring opportunities.

It took them just 13 minutes to make their breakthrough at the Alfredo Di Stefano stadium, in which Christian Pulisic received a long ball over the top from Antonio Rudiger.

Pulisic appeared to have been crowded out, having been forced a little wide of the goal, but he was afforded the time and space to cut back inside, and former Blues goalkeeper Thibaut Courtois made the decision to come out and try smother him.

But the American demonstrated some lovely footwork to take it round Courtois, who was left scrambling on the floor as he struck through the bodies of the Madrid defenders guarding the goal.

The visitors continued to dominate the opening stages on a stormy night in the Spanish capital, but Madrid equalised somewhat against the run of play on the half-hour mark with a brilliant Karim Benzema finish.

He kept his head to take the ball down, round Courtois, and finish off the move 👏👏👏