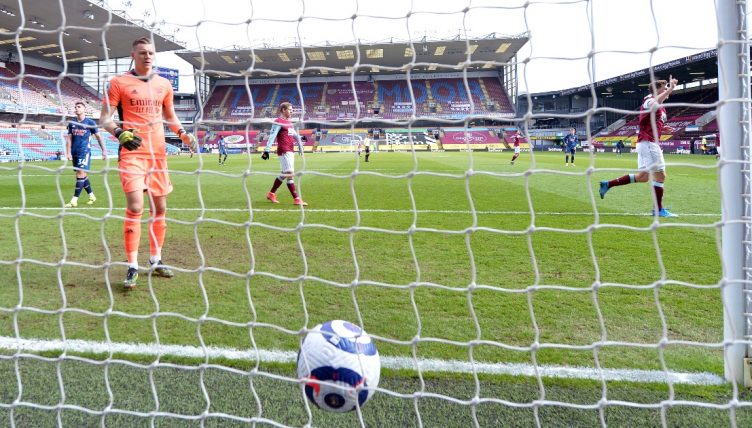 Arsenal got off to a perfect start in Saturday afternoon’s early kick-off at Burnley with a nicely-taken goal from Pierre-Emerick Aubameyang, but there were glum expressions as they walked off the pitch at half-time.

Burnley went into the break on level terms, having been dominated on their own patch by Mikel Arteta’s Gunners, after a freak goal from Chris Wood.

Granit Xhaka has come under plenty of scrutiny during his time at Arsenal, and this incident certainly won’t help his cause.

Receiving the ball deep from Bernd Leno, Xhaka’s passing options are admittedly limited by Burnley’s press, but he paid the price for attempting a risky cross out to David Luiz.

Wood was on his toes and in place to intercept, and from there the ball ricocheted off his hip and into the back of the net.

The reaction from the Soccer Saturday studio, and inevitably, Arsenal fans watching on AFTV, are also worth watching if you’re one for schadenfreude.

Chris Wood will never score an easier goal in his life! pic.twitter.com/h4jYPBebWN