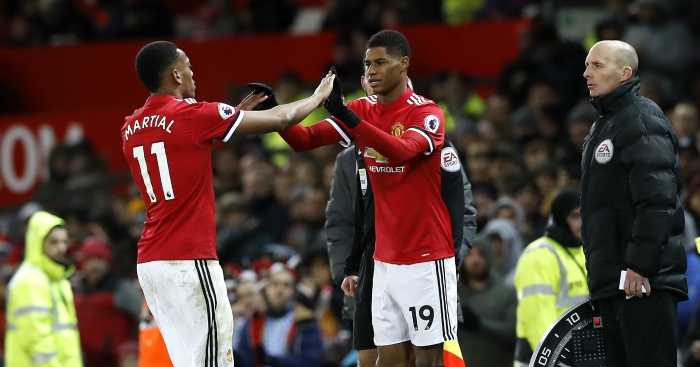 Anthony Martial and Marcus Rashford are considered two of the brightest young talents in Europe – but should they leave Manchester United due to a lack of first-team football?

Martial and Rashford have become two favourites with United fans after bursting onto the scene under Louis van Gaal in the 2015-16.

Both players have scored a number of important goals and established themselves in their international squads, but have struggled to nail down a place in Jose Mourinho’s starting XI this term.

At the start of the season, the two players tended to rotate on the left flank, but the January arrival of Alexis Sanchez, plus the form of Jesse Lingard, has made their task even more difficult.

Both players have been linked with moves away from Old Trafford, and Sky Sports pundits Ian Wright and Craig Bellamy discussed whether that is an option they should be considering.