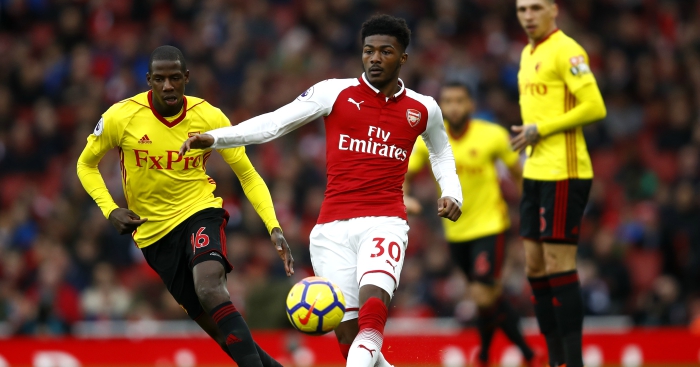 Arsenal may have endured a difficult season to date, but they can at least take plenty of encouragement from the development of Ainsley Maitland-Niles.

Maitland-Niles made his Arsenal debut as a 17-year-old in 2014 and appeared seven times in all competitions last term.

This season he has established himself in the Gunners’ first team, making 23 appearances to date.

A midfielder by trade, the 20-year-old has largely operated on the left side of defence, but caught the eye at right-back in Arsenal’s 3-0 victory over Watford on Sunday.

The performance drew effusive praise from Match of the Day pundits Danny Murphy and Martin Keown, who admitted he would have enjoyed playing alongside the youngster in his Arsenal days.

Watch the full analysis below.