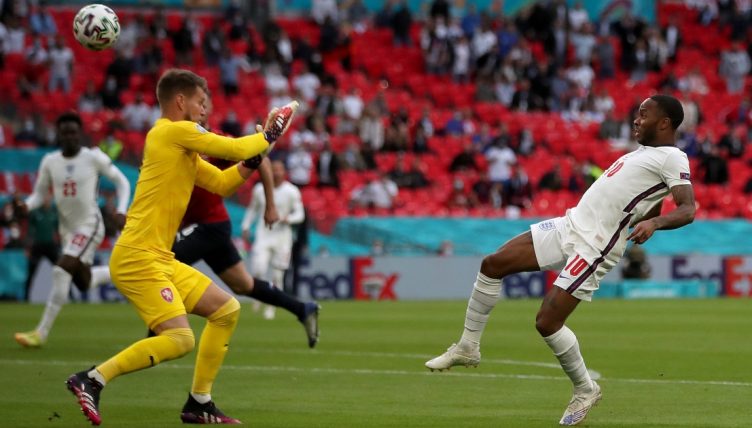 Sterling scored England’s only goal of their first two Euro 2020 matches but has faced calls to be dropped from Gareth Southgate’s first XI for their final group game.

But the Manchester City winger is mentally strong and made an instant impression at Wembley.

The game was less than two minutes old when Sterling chased after a scooped Luke Shaw clearance.

Scampering behind the Czech defence, the 26-year-old beat goalkeeper Tomas Vaclík to the loose ball and lofted a shot over his head.

Unfortunately for Sterling, the ball hit the left-hand post and bounced away.

After all the criticism following Friday’s 0-0 draw with Scotland, Sterling’s early effort showed that England were determined to play at a quicker tempo as they prepare for the knockout stages.