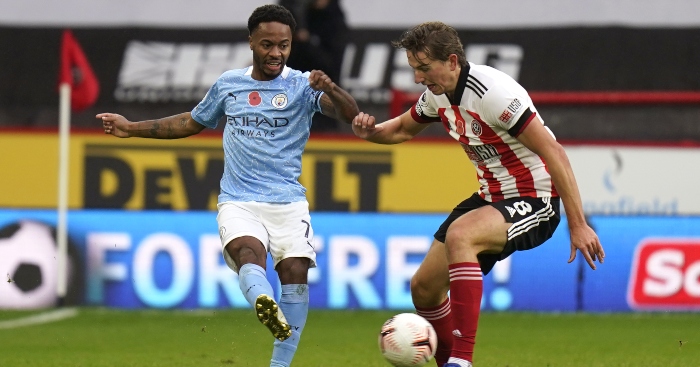 Some pundits have criticised the winger recently, using his dip in form as evidence of Manchester City‘s gentle decline over recent months.

However, his demise seems exaggerated judging by this piece of silky footwork against Sheffield United.

Faced by George Baldock and Chris Basham, Sterling jinked past the former with the delicacy of a bank robber negotiating a tripwire.

Ignoring a clip on his ankles, the England international proceeded to slip the ball through the legs of Basham and raced away, leaving the defender sliding in the direction of Barnsley.

More of this please, Raheem.

A great piece of skill in the build-up to City's goal! pic.twitter.com/C1yWC34Bsb