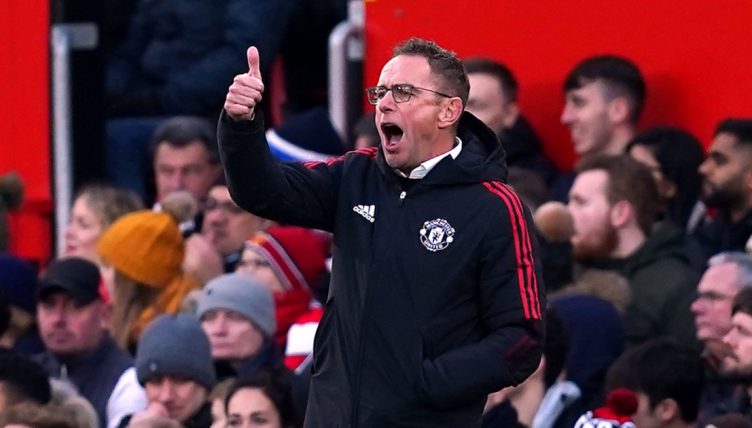 United welcomed Patrick Vieira’s side to Old Trafford for their Premier League clash off the back of their 3-2 win over Arsenal.

And, just when the home side looked set to endure a frustrating afternoon, midfielder Fred popped up with a long-range piledriver to secure three points for United.

Rangnick certainly looked like he enjoyed the moment, punching the air repeatedly and mirroring the jubilation of those in the stands.

“I’m more than happy,” the 63-year-old told Sky Sports after the game.

“First of all, most importantly, we won the game. Second, we had a clean sheet, third I think we no doubt deserved to win, because we had control of the game.

“I suppose it (the Red Devils’ possession) was more than 60 per cent, and we didn’t give them that many chances to score.

“To be honest I was positively surprised by the performance of the players. I didn’t expect us to play at that level after only one-and-a-half training days together with them.”