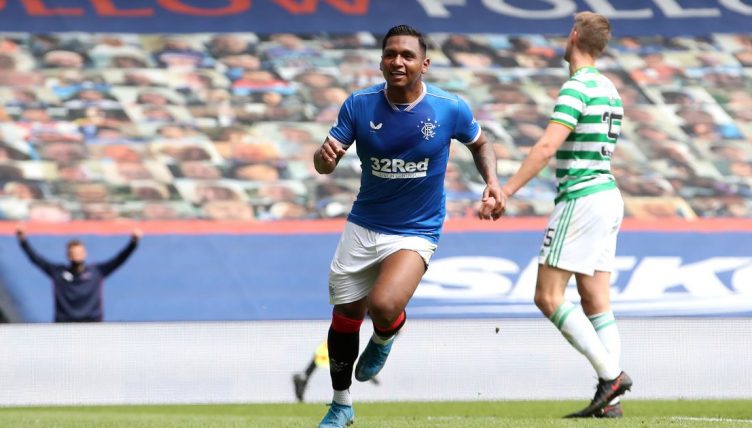 Alfredo Morelos ensured that Scott Brown’s final Old Firm derby was one to forget as Rangers beat Celtic 4-1 at Ibrox.

Rangers won the 2020-21 Scottish Premiership title back in March but were looking to finish the league campaign unbeaten.

Kemar Roofe got the opening goal in the 26th minute but Celtic equalised moments later when Odsonne Edouard nodded in from close range.

Morelos then showed some brilliant footwork to restore Rangers’ lead, nutmegging Brown before cutting inside and lashing home.

Roofe got his second goal of the game in the 57th minute and Brown, who is joining Aberdeen at the end of the season, was replaced on the hour.

Steven Gerrard’s side were in cruise control for the rest of the game and Jermain Defoe made it 4-1 with an injury time goal.

Celtic have now gone a full season without winning an Old Firm derby for the first time since 1999-2000, losing four out of five games to Rangers in all competitions.

Morelos megs Broony in a salty fashion to put Rangers ahead. pic.twitter.com/C8hmkt38Wh

Morelos quite literally rubbing it right in 🤣 pic.twitter.com/g4yGXwgbqN