Watch: Rangers’ Allan McGregor produces a superb save against Celtic 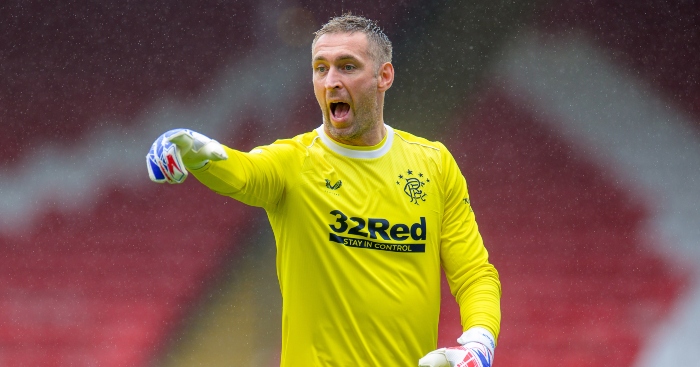 The Old Firm derby is known for its passion, but Rangers and Celtic can often bring plenty of quality to this historic fixture.

Allan McGregor’s save to deny Leigh Griffiths to keep the score at 0-0 is unmistakably an example of that.

Griffiths’ curling effort from outside the box is a brilliant one that usually would have been destined to fly into the top corner and give Celtic the lead.

McGregor was able to deny his fellow Scotsman though, rushing across his goal to get fingertips on the ball and send it behind via a deflection off the post.

We love the fact that the 38-year-old wasn’t even bothered about taking any plaudits, as he was more focused on trying to persuade the referee that he hadn’t touched the ball in an attempt to get a goal kick.

Whether he wants it or not, McGregor deserves plenty of praise for what is an absolutely superb stop.

Allan McGregor is on top form for Rangers today! 🧤pic.twitter.com/ij5SOaVTol