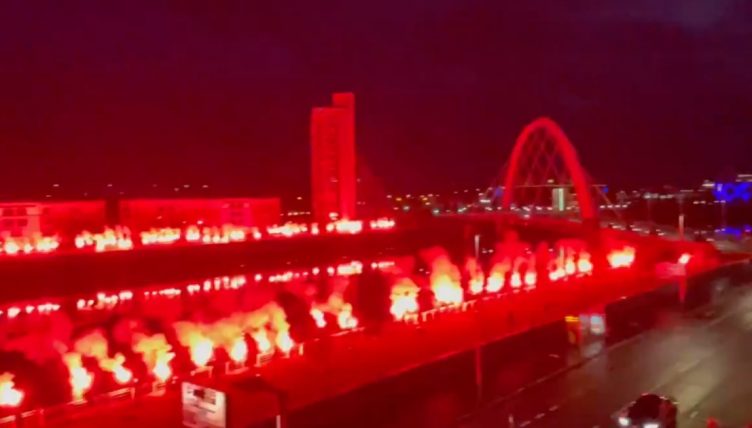 Rangers fans may not have been allowed into Ibrox to celebrate their side’s first Premiership title in a decade, but they are still making their presence felt and their support very clear.

Steven Gerrard’s men have been on incredible form throughout the 2020-21 campaign and will finally get their hands on the Scottish Premiership trophy after their clash with Aberdeen on Saturday.

If they avoid defeat, it will also confirm an unbeaten league season for the Gers.

They could not wait until Saturday to get the festivities underway either. On Friday night, hundreds of fans assembled along the banks of the River Clyde in Glasgow to put on a stunning display.

In unison, the fans set off bright red flares, creating a brilliant spectacle, although it no doubt completely baffled a few passers-by as well.

As they waved the flares about, chants of ‘campeones’ could be heard from them. If this is the day before, imagine what they are going to do when the trophy is actually lifted!