Watch: Kemar Roofe is sent off after horror kung fu tackle on goalkeeper 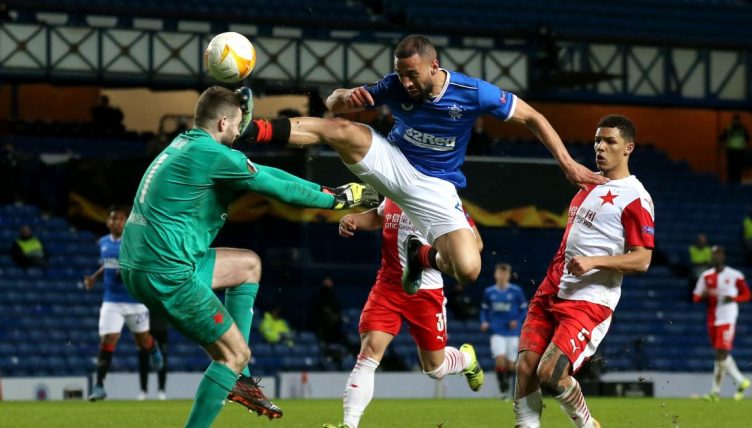 With Steven Gerrard’s side trailing 1-0 on the night and 2-1 on aggregate, Roofe replaced Scott Arfield in the 55th minute.

Just seven minutes after coming on, he tried to reach the ball with a high boot but ended up hitting an on-rushing Ondrej Kolar in the face.

Kolar was left with blood pouring down his face and had to be stretchered off after receiving some treatment on the pitch.

The referee immediately brandished a red card to Roofe and the 28-year-old could have absolutely no complaints.

“That is indefensible,” Charlie Adam said on BBC Sport. “If Roofe goes with his head, he’s got more chance of the goalkeeper taking him out and winning a penalty.”

Rangers’ evening then went from bad to worse as defender Leon Balogun was also sent off and Nicolae Stanciu scored a stunning free-kick to make it 3-1 on aggregate.

Bloody Hell!!! Red card challenge from Roofe, as if the commentators have been debating it 😂 pic.twitter.com/Cl2jKvq8pq