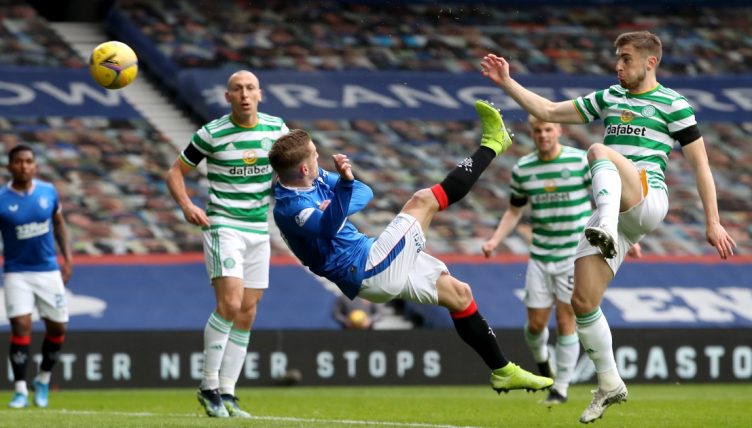 Rangers confirmed their Scottish title win last month and were looking to add another trophy in the Cup. Celtic, holders for the previous four years, were determined to prevent such an occurrence.

But Steven Gerrard’s side started the match on fine form and took a quick lead through Davis’ overhead kick.

The Northern Ireland captain scored the acrobatic goal after Joe Aribo’s effort was deflected into the air off Kris Ajer.

After the game, Davis told Premier Sports: “I’m not quite sure what I was doing in the box at that point!

“I don’t tend to get that high up too often these days but it sat up nicely and I had a go. I wasn’t sure at the time if I was offside but delighted to take the lead with that goal.”