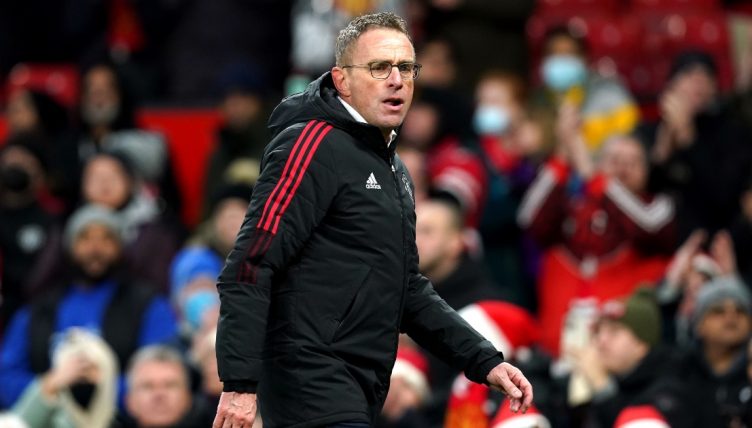 Ralf Rangnick got off to a winning start at Manchester United after overseeing their 1-0 win over Crystal Palace – and the new boss couldn’t quite believe the source of the crucial goal.

Rangnick took over as interim manager following the sacking of Ole Gunnar Solskjaer last month and generally saw United put in a much-improved performance compared to some of their efforts this season.

After a goalless first-half, the much-maligned Fred scored a right-footed piledriver in the game’s final stages to secure all three points for United.

Speaking after the game, Rangnick said: “I had to ask my assistant coach if that was Fred’s right foot. I could not believe it, I thought he could only shoot with his left.

“Fred is a fantastic player. What he did with (Scott) McTominay against the ball today, is what we need. I’m happy for him.”

United are next in action on Wednesday evening when they face Young Boys in their final Champions League group game.

🗣"I had to ask my assistant coach who scored! He said Fred and I said Fred with his right foot!?" 🤣

Ralf Rangnick was not expecting Fred to score with his right foot pic.twitter.com/6PVddcxbU9