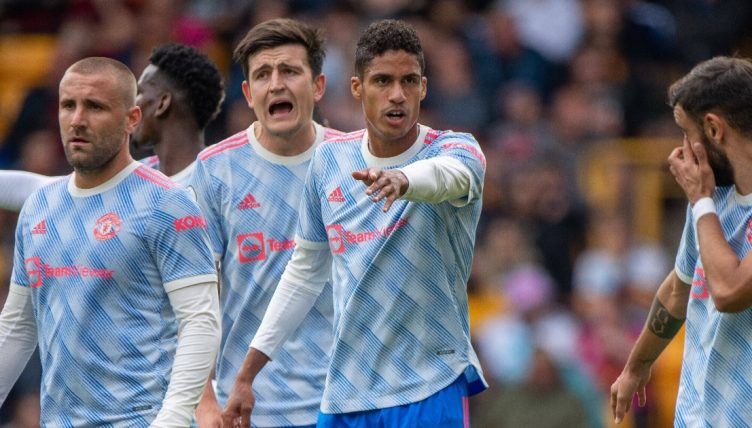 It has been quite the transfer window for Manchester United with Jadon Sancho and Cristiano Ronaldo both coming in to bolster their attack. But it is the addition of Raphael Varane at the back that could prove most crucial.

The four-time Champions League winner made his debut for the Red Devils in their record-breaking trip to Wolves, the 1-0 win taking them to the longest unbeaten away record in Premier League history.

Varane even popped up with a crucial assist, playing a clever pass to Mason Greenwood, allowing the youngster to squeeze home his third in three games.

But one clip of the centre-back showed where the Frenchman may have his biggest impact. In the build-up to kick off, Varane could be seen in conversation with right-back Aaron Wan-Bissaka, appearing to give the right-back tips when it comes to the art of defending.

It is no coincidence that his debut also coincided with the club’s first clean sheet of the season. Watch the clip below.