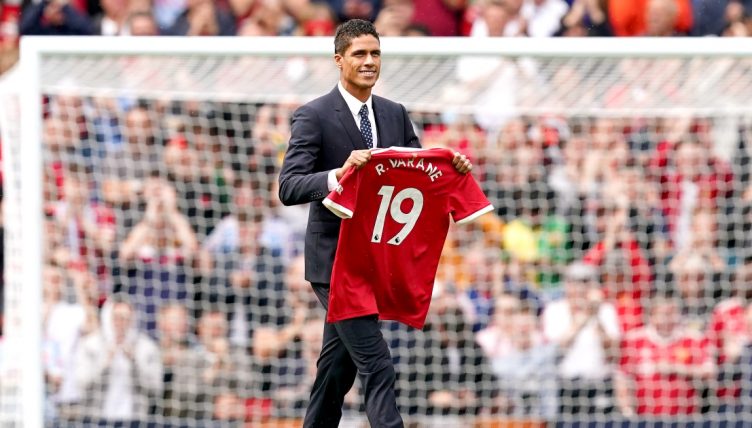 Raphael Varane was finally officially confirmed as a Manchester United player on Saturday afternoon and he was introduced to his new fans ahead of their season-opener with Leeds United.

The Red Devils had previously revealed that a deal had been agreed with Real Madrid for the centre-back, but news of Varane officially signing on the dotted line felt like a long time coming.

Finally, it came. A four-year contract was signed by the France international and he was given a rapturous welcome at Old Trafford, walking out in a plush suit, holding his new home top with the number 19 on the back.

During his time in Madrid, Varane swept up a huge number of honours, including four Champions Leagues, three La Ligas and three UEFA Super Cups. He also picked up a World Cup winners medal in 2018 as well.

The match itself was dominated by United. Luke Ayling pegged the home side back after Fernandes had given them a first-half lead. But the Portuguese roared back with two more goals, Greenwood and Fred adding goals of their own too.