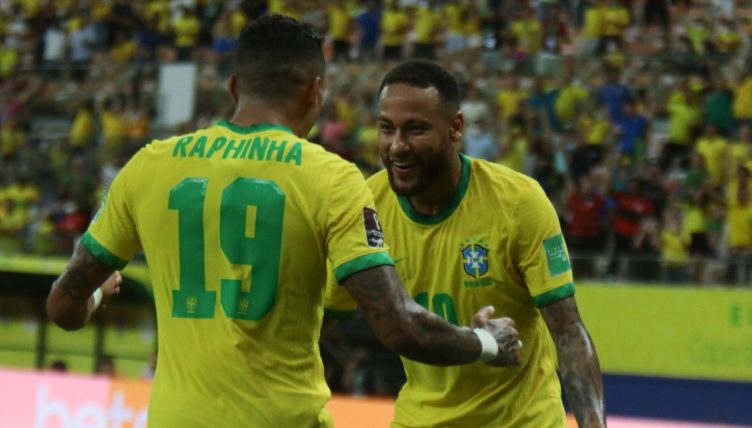 Raphinha brought a slice of Leeds United‘s swashbuckling style under Marcelo Bielsa to the Brazilian stage as the Selecao tore Uruguay open with a 4-1 victory on Thursday night.

This was a move that saw the 24-year-old in company of high esteem, as Gabriel Jesus passed the ball to Neymar who then slipped the Leeds man through.

Even so, this goal is all about Raphinha, as after making a lung-bursting run to meet the Paris Saint-Germain star’s pass, he showed brilliant composure and precision to take a touch before smashing his effort in off the post.

This was Raphinha’s second goal on his first start for Brazil after previously making two substitute appearances, and we’ve got a sneaky feeling it won’t be the last we see of him in a Brazil shirt showing quality like that.

For now, Leeds fans will be looking forward to seeing all of that brilliance being displayed back at Elland Road.

What a night for @LUFC‘s Raphinha as he bags a brace! 🙌

A fantastic second on the night of his first goals for Brazil 🇧🇷 pic.twitter.com/Q2m8jYINKe