Watch: Rashford and Sancho showcase skills together during England training 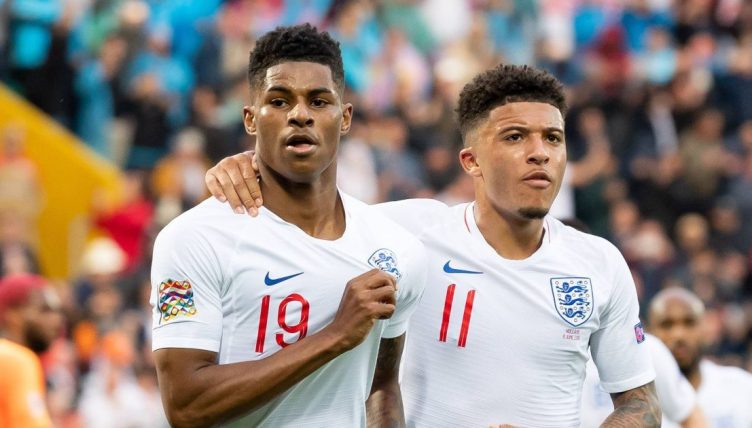 Manchester United fans got a glimpse of a potential link-up between Jadon Sancho and Marcus Rashford during a recent England training session.

Having starred for Borussia Dortmund over the last three seasons, Sancho is reportedly set to complete a £73million move to United this summer.

The 21-year-old will likely take the right wing spot at Old Trafford next season and could form a brilliant partnership with Rashford.

“It would be good, Sancho’s a great player and he’s like a new generation player,” Rashford said in 2020 when asked about the idea of playing alongside Sancho. “It’s definitely exciting to watch him become the player he’s becoming. Hopefully, we can play together, that would be good.

“He plays off the cuff, he’s creative and imaginative, these are the things you need to be world class.”

The pair are yet to start for England at Euro 2020 but they appeared full of confidence in a training session ahead of their last-16 game against Germany.

After Rashford practised his keepie-uppies, Sancho brought the ball under control with a brilliant first touch and they began heading it to each other.

Jadon Sancho next? The four players Man Utd have signed from the Bundesliga