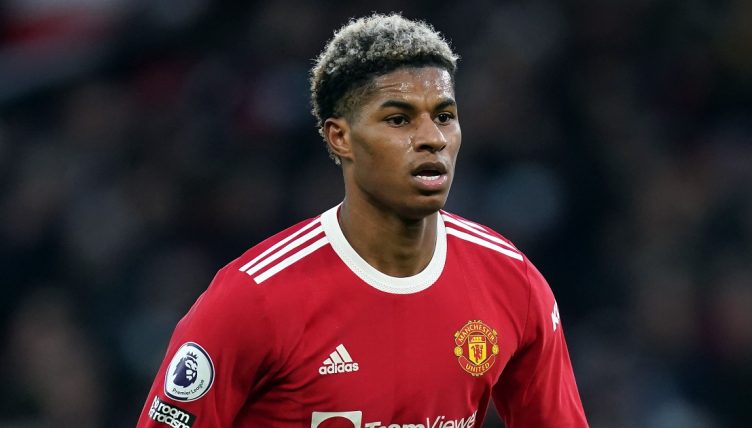 Marcus Rashford made the perplexing decision to completely leave the ball when he had a good opportunity to shoot in the closing stages of Manchester United’s 0-0 draw with Watford.

It was another curious moment from the England international, who has looked short of confidence since returning from injury earlier in the season.

Rashford has only scored five goals in 23 appearances for the Red Devils this season, but Ralf Rangnick has said it’s only a matter of time before he gets back to his best form.

“He is definitely not injured and he doesn’t have any issues with his shoulder anymore,” began the 63-year-old in the second part of today’s media briefing,” the United boss told reporters in his pre-match press conference.

“We have talked a lot about Marcus in the last couple of weeks and I have personally spoken a lot with him. There is nothing else to add on that, it’s with him like it is with all the other players.

“If it counts they are on the pitch as he was against Atletico Madrid and they just have to perform but I know he is not happy with his performance right now but it doesn’t help if we discuss that every week.”

Despite the words of encouragement from Rangnick, Rashford found himself back on the bench against Watford – a 0-0 draw in which Bruno Fernandes and Cristiano Ronaldo missed a raft of chances.

The striker was introduced for Nemanja Matic in the 74th minute as United went in search of a goal, and looked like he might’ve won it when he was played in by Jadon Sancho in the 83rd-minute – but instead he left the ball completely, allowing it to roll across the Watford box and eventually away to safety.

Talk to me!! Somebody tell me what happened to the lad!! pic.twitter.com/2JgQTM3hCq