Watch: Rashford leaves Alexander-Arnold on the floor with brilliant skill 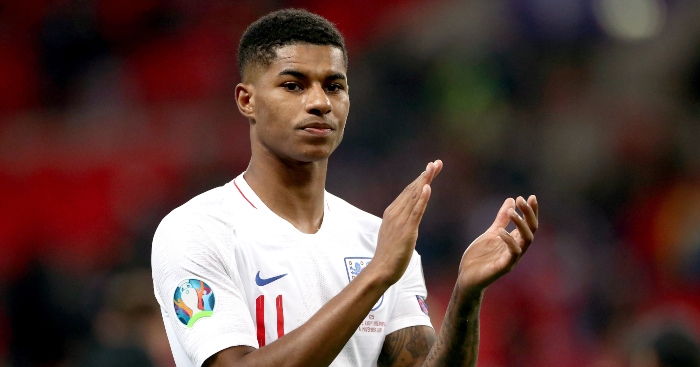 While Marcus Rashford’s work off the pitch has stolen the spotlight in recent weeks, the Manchester United forward has delivered a timely reminder of his ability.

After successfully campaigning for children to claim free school meal vouchers during lockdown, Rashford has now been awarded an MBE.

He hasn’t let that affect his performances on the pitch, however, and showcased his skills during a recent training session with the England squad.

Rashford sold Liverpool’s Trent Alexander-Arnold a dummy and left him in a heap on the floor before finding the back of the net.

I prefer to speak pic.twitter.com/wzOX5EmADn

The 22-year-old then started alongside Alexander-Arnold in England’s 2-1 win over Belgium and scored their equaliser from the penalty spot.