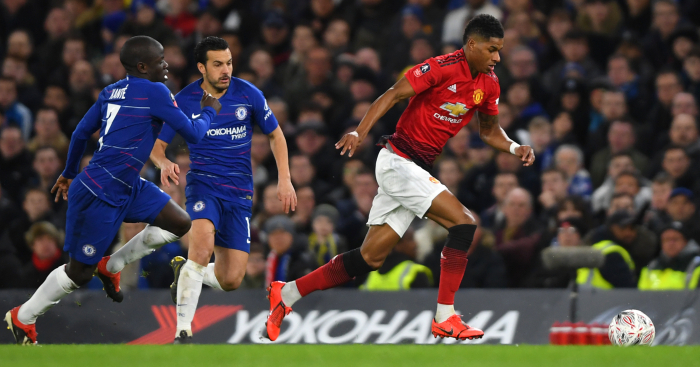 Rashford has been revitalised since Solskjaer replaced Jose Mourinho as United boss, and his pace and trickery caused Chelsea’s defence a myriad of problems on Monday night.

Ander Herrera headed the visitors ahead in the first half before Rashford created a second for Paul Pogba with a superb cross from the right flank.

Chelsea tried to force a goal in the second half but had to be constantly wary of the threat Rashford posed on the counter attack, and the England international almost created a goal for Romelu Lukaku with a brilliant run which tormented three Chelsea defenders.

He does incredibly well! pic.twitter.com/z2mL1xSzLW