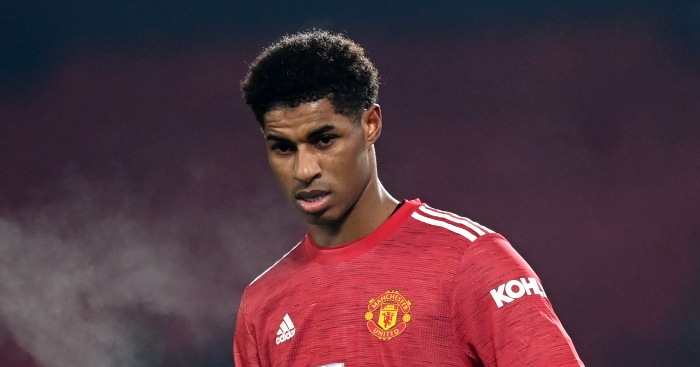 Rashford had a brilliant game against United’s most fierce rivals, scoring one goal and providing the assist for Mason Greenwood’s equaliser.

But the moment that caught the eye more than any other was this violation of Liverpool’s centre-backs in first-half injury time.

After racing onto Edinson Cavani’s pass and skipping over the despairing lunge of Williams, the England international then ghosted past Fabinho and picked out Mason Greenwood.

Greenwood teed up Paul Pogba who screwed a shot just wide of the post.