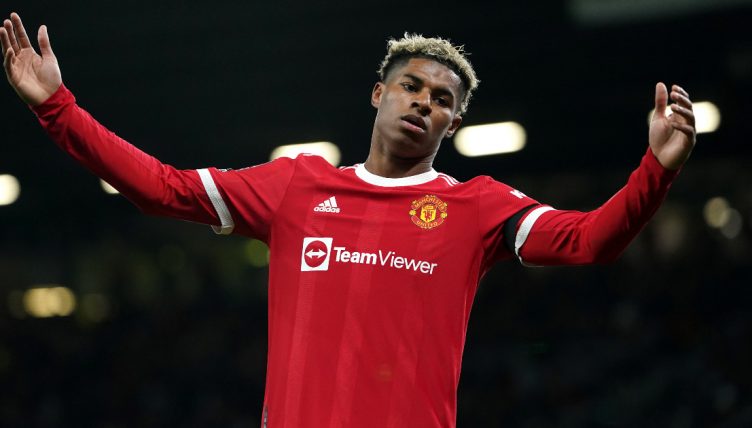 Manchester United’s poor form this season continued as they could only manage a draw at home to Southampton on Saturday, and could have easily lost.

United fans have been in search of answers all season as despite investing heavily on world-renowned stars during the summer transfer window, they find themselves in a struggle to finish in the top four and out of both domestic cups.

Their poor start to the season saw Ole Gunnar Solskjaer lose his job, whilst the lack of improvement in results has seen Harry Maguire and Cristiano Ronaldo receive a lot of criticism, amongst others.

Marcus Rashford, one of United’s most popular players, has been heavily panned for his performances this season, as his lack of goals combined with regular poor displays has seen him drop to the bench more than he would have liked.

The 24-year-old was criticised yet again in the draw with Southampton, and fans have pointed out how his poor defensive work rate allowed Che Adams to equalise, and allowed Stuart Armstrong a clear shot at goal.

Rashford’s efforts and body language appear a stark contrast to the way he plays at the top of his game, and many have questioned whether he is enjoying his football, and this was clearest as he jogged with his head down when he should have been defending.

Many have pondered whether interim manager Ralf Rangnick is to blame for some of the players struggling, but Rangnick has stated that his predecessor is also at fault for the team’s failings.

“It [not finishing in the top four] has always been a concern since Ole left the club,” said the German.

“That was one of the reasons why he probably had to leave the club and of course results like [Southampton] doesn’t make things any easier.”

“This is what we have to face. We have to realise the truth and obviously with results like this it doesn’t make it any easier to finish fourth at the end.”