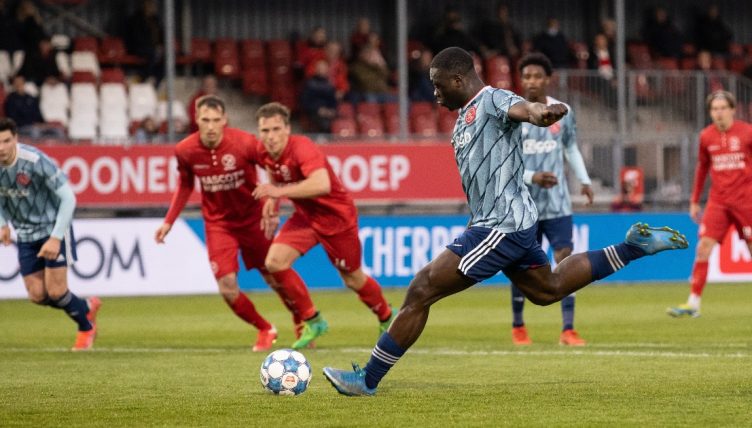 Ajax forward Brian Brobbey has a well-earned reputation as one of the rising stars of Dutch football, but this moment is unlikely to make his highlights reel.

Playing for the Eredivisie champions’ youth team away to Almere City – in a small ground, with a small stand to be fair – Brobbey absolutely skied his penalty out of the stadium.

An effort to rival Simone Zaza and Diana Ross, the 19-year-old won’t want to see it back, especially as Almere went on to win the match 1-0 thanks to John Yeboah’s (no relation to Tony) match-winner in the 75th-minute.

Still, this looks unlikely to be the most minor blot on Brobbey’s copybook, with what looks to be a glittering future ahead. The teenage striker has been remarkably prolific at Jong Ajax and the Netherlands’ Under-17s, and has started to break through into Erik ten Hag’s first-team this season.

He’s set to move to RB Leipzig this summer, after his signing was announced back in March.

This fan-shot video, giving you a wider angle, shows you quite how badly he shanked it.